“There are two or three awful things I have discovered about life. First, taxes. Enough said. Two, Death. No matter how many books are written, or speeches given, death is a heartbreaking, gut-wrenching aspect of life. For the same amount of joy birth gives you, death deals it back to you with pain a hundred times over. But second to death, I think in many ways, one of the most hurtful things about life is separation. Logically each person is said to be an island unto his or her own. But I have found that while I tried to float idly in my own ocean others have attached themselves and we have in sense become one force against the world. Until now. I knew I would be graduating soon, and lately it has been hard to think of anything else. Thus being the topic of this essay. The two rules of writing I have come to know are: write about what you know and from Hemmingway write about what hurts you most. So I have decided to write about separation.

I’m not sure what’s easier; a separation from one you once loved and the love is gone, or to say good-bye to one that you still love but the separation is inevitable. In books from the Victorian era, separation was romanticized and wrote about. But I find nothing romantic about saying good-bye to someone or something that has become a part of you. I have dealt with both kinds of separation and can still not make a judgement. But what I do know is that it hurts. Different people of course feel the intensity of pain differently, I myself feel that while I feel pain very deeply it is supposed to be that way. I believe that one day all the pain that one must deal with is delivered back to him or her in the forms of joy & fulfillment.

I could not easily list the things that I will miss the most of I am to separate. I’m not sure which will hurt me more. That I will not be able to see the ones I love most, or that I will have to stand by and watch a friendship whither and fade. Many sceptics insist that a friendship can stay in touch through time or miles. But I have come to feel that this is not always true. But to those people that succeed, I offer my envy and congratulations. The people that today I call my friends I will probably be casual acquaintances of tomorrow. This may seem cold from a person that seems to be feeling pain so deeply, but it does hurt. It hurts to know that while I sit in my logical mind, in two months time when reality hits I will be left alone without a shoulder to cry one. But then I speculate there will be others like me, and when I crash so will they, so through this these strangers will become my new friends.

There is I know one person whom I’ll miss above the rest. And that is my best friend Kelly. Although I know that others have known her longer, and done more for her, I consider her a true best friend. I know that statement seems sentimental, and usually I shun things that are too sweet or syrupy, but this is one I feel I have to record because it is very important. She will be going away farthest than anyone I have ever known to go. This fall she will be going to New Brunswick. Although that isn’t exactly the end of the earth, it is still very far. I have only known her for three years, but throughout the rest of my life I will always gage people and new friends compared to Kelly. She has been my constant. There is no one else I could call at two o’clock in the morning if I have a fight with my boyfriend, there is no one else I can call by the side of the road if my car breaks down and I don’t want my parents to find out. Kelly has constantly put her own peace of mind on the line if she could ever help a friend through a trying time. Usually this gets Kelly in trouble from her parents since usually her favours break her curfew, but I’ve never heard her complain. Kelly has decided to live her life in her own way. She has a strong moral value and a peculiar sense of humour. And although she is constantly in a confusing situation that she has created herself she remains content. She is content to stand by and let others fly while she stays grounded in case we fall. Kelly does have her faults, she chews gum too loudly and her room is a mess. I guess what I am trying to say is that from all the islands I have collided with, I’m glad I crashed into hers. And really after writing that, Life isn’t really that awful, after all.”

Unknown said…
Absolutley stirring post and really hit home with the separation concept. I guess separation is like a loss or death where we both keep living - even with the cold connection of technology - separation is still missing touching and missiing sharing.
May 15, 2010 at 3:30 AM

Kelly said…
Yes. SO totally true. I came upon this letter that was sent to me from one of my closests friends my last year of highschool. She wrote for an essay for school, and it touched me in so many ways.
May 15, 2010 at 10:06 AM

Banteringblonde said…
This is very touching - separation is often inevitable ... I've reconnected with so many people via social media that I think would have otherwise been separated from forever. It is just part of living but it can definitely be terribly painful!
May 15, 2010 at 1:37 PM 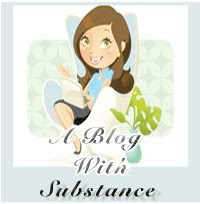 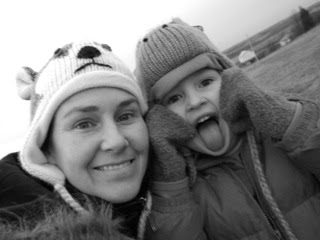